Hooper designed, renovated or altered at least 12 churches and church buildings in Dunedin throughout his time working and living in the city. The buildings pictured below represent those works that are still standing.

Of the 12 buildings, 7 are known to have been demolished. In 1907 Hooper prepared plans as a competition entry for the design of Salmond College in Knox Street. He won second place. In 1910 he designed and supervised a vicarage for St Mary’s church in Durham Street that has since been moved or demolished. In 1916 fundraising began to add a Sunday School Hall to St Mary’s in Durham Street and in 1922 Hooper was commissioned to complete the addition. Also in 1910 Hooper was commissioned to design a Sunday School for the Methodist church on Queens Drive. 1913 saw Hooper design and supervise a parsonage attached to the Queens Drive, St Kilda Methodist church. In 1914 Hooper designed alterations to the St Paul’s cathedral Sunday School to allow it to be used as a temporary church, which though the cathedral still stands has been demolished. In 1916 Hooper designed a school in St Clair and additions to Warrington Vicarage. In 1918 the Cathedral was nearing completion, but it was apparently decided not to construct the chancel (sanctuary) designed by Sedding. Hooper designed a temporary chancel which remained in use for 50 years until replaced by Ted McCoy’s chancel in 1970.

On 28th November 1906 Hooper advertised for tenders for a school building to be built on Castle Street, the classrooms have since been demolished. The 16ft x 23ft (5m x 7m) classroom was said to accommodate 90 pupils in a single desk arrangement and Hooper paid special attention to insure the room was light and well ventilated. The class room may be Hooper’s first building to have gutter brackets. 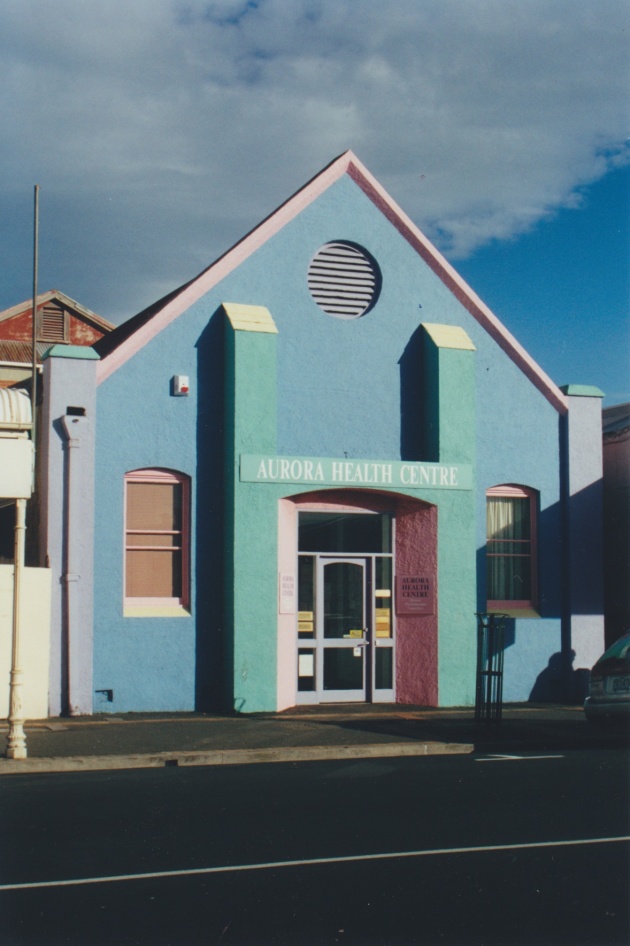 Gospel Hall is likely Hooper’s first ecclesiastical building, and definitely not his last. The initial client’s denomination remains a mystery as it is neither indicated in the remaining plans nor Hooper’s report in the architectural journal Progress.

Hooper was commissioned to create a number of buildings for Selwyn College, including the new tennis and fives courts in 1907 and a number of renovations and new buildings in 1910. The courts have since been engulfed by other Selwyn buildings, but their construction still remains as fairly unusual for Hooper.

Additions to the St John’s Church Hall were commissioned by the Anglican Church in 1909 and tendered on 26th April 1909. The additions consisted of a single storey, timber exterior, and corrugated iron roof with timber window frames, which are all still in good condition today.

In 1909 Hooper was commissioned to supervise the construction of the new cathedral in Dunedin’s Octagon. 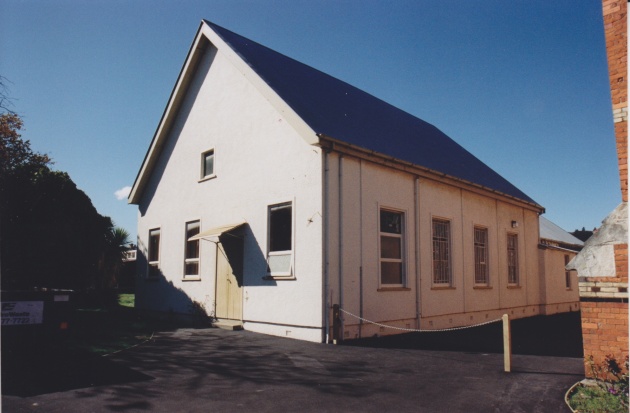 Hooper twice answered commissions for alterations to All Saint’s Church. The first in 1911 regarding the church hall shown above and the second in 1918 where he altered the main building and added the street facing wall of which only the left half remains (as depicted below.) 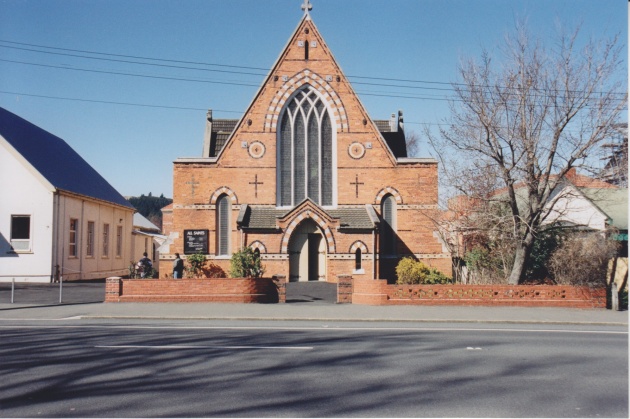 In 1911 Hooper was commissioned by the Anglican Church to design alterations and additions to the church hall on Cumberland Street. The hall is still standing and in good condition. 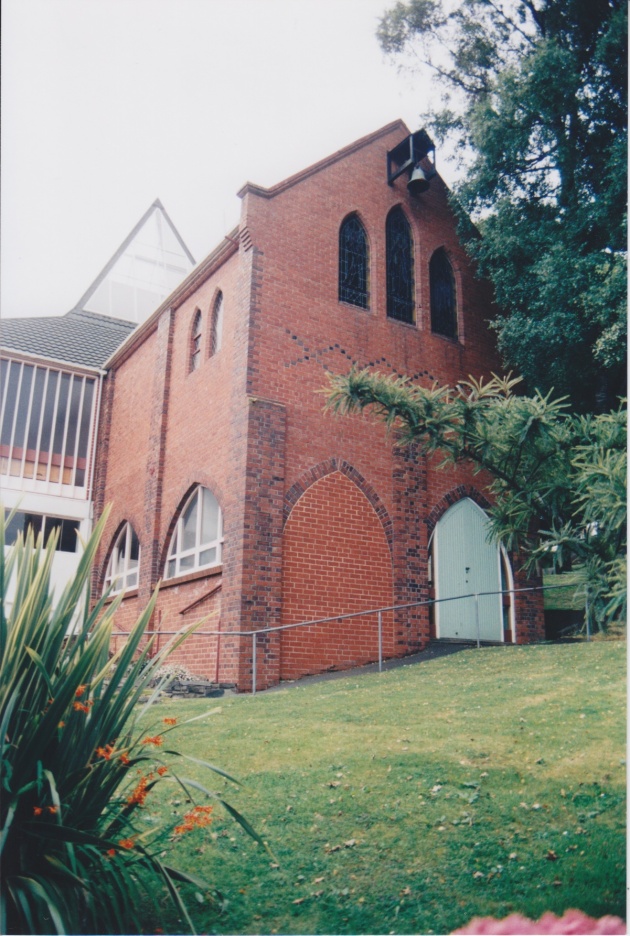 Hooper’s design for St Mary’s Church in Mornington was never finished. The construction was started in 1922 though it never progressed past the chancel as depicted above. In 1966 the remaining original church was replaced with a modern structure. 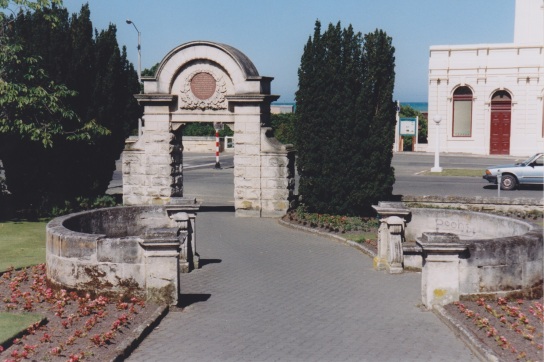 Hooper designed a memorial arch dedicated to the late Honourable George Jones which was erected on the 28th November 1922 with a large attending crowd present. The arch serves to acknowledge the civic and national services of the Hon. George Jones.

Hooper designed a Boys’ Brigade Lodge at Camp Adair, which is still in use today. Boys’ Brigade is a Presbyterian Church organisation. 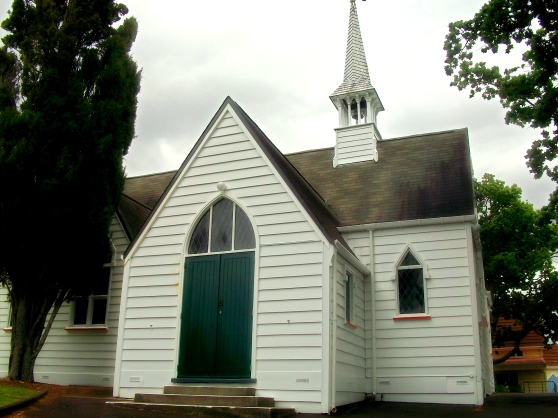 In 1945 Hooper returned to the church to which his father was appointed in 1899 to design modest alterations. St Luke’s Church is Hooper’s last known solo commission before his retirement in 1949.

Ritchie house is one of Hooper’s most imposing Dunedin houses. Graham Warman photographer.

The magnificent east elevation of Ritchie house bears a resemblance to the Watson house of 1913. Graham Warman photographer.

One of many intricate details that make Ritchie house. Graham Warman photographer.

Hooper’s World is supported by